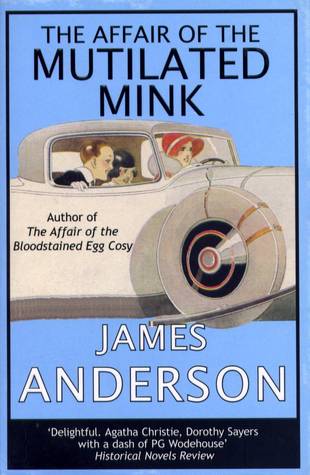 A tongue in cheek version of a classic whodunnit, but also an excellently constructed mystery.

The 1930s house party at Lord and Lady Burford’s is a very clever parody of classic whodunnits. It owes as much to PG Wodehouse’s ‘jolly good’ style as it does to Agatha Christie’s brilliant plotting.

First there’s the charming Hollywood actor, the irritable screenwriter and the movie producer determined to film a movie at their estate. But then things start to go a little sideways when there appear a distant cousin, an uninvited actress and the two rival suitors for Lady Burford’s daughter.

When a murder occurs, the gentle Inspector Wilkins claims himself to be unlikely to solve the mystery and calls in Scotland Yard. The name dropping of Lord Peter Wimsey and Roderick Alleyn finally clued me in that this was a parody.

The inspector who is called in, Mr. Allgood, is a good poke at all the classics with his disdain of the local constabulary and his stubborn insistence on “only the facts”. This book is really like 3 or 4 plots at once, I am amazed at how the author managed to hang them together.

The ending is like the movie Clue – each denouement is proven believably correct and then shown to be wrong. After Allgood is left gaping and insisting it is all a big conspiracy in Oriental Express fashion, Wilkins produces the correct solution.

All in all a very enjoyable and amusing parody that still manages to bewilder you and keep you guessing, rather like an elaborate shell game.